Then and Now: Why Summer Camp is More Important than Ever Before 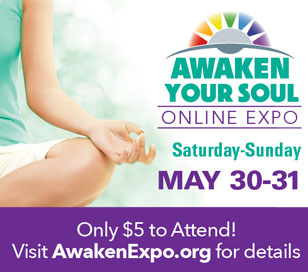 Then and Now: Why Summer Camp is More Important than Ever Before

For thousands of years we made friends organically, until about 15 years ago, when we began meeting people through MySpace, Facebook, Instagram, and video game headsets. While we used to play outside after school, and on the weekends - now most neighborhoods look like outdoor ghost towns. Where are the children? Oh, we know where most of them are - staring at their glowing screens.

Don't get me wrong, I love IMDB and YouTube, but experts agree that as a human race, we are quickly losing our social/relationship skills, simply because we aren't using them with much frequency anymore. NOT THEIR FAULT, OURS

I was at an NFL tailgate party recently, one of the last bastions of old-school socializing, watching a 10 year old boy mercilessly begging his parents for his iPad, and then proceed to sit in the car for an hour playing games on it. Not his fault - his parents enabled the behavior.

8 to 18 year olds consume an average of over 7 hours of screen media per day, often while multi-tasking, a statistic that has increased 2.5 hours in the past 10 years. Their excessive screen time is linked to emotional and behavior problems, and difficulty with peers and school. "I Just Want my Kids to be Happy"

A multi-year study of 50,000 high schoolers led by noted author/researcher Jean Twenge, showed unequivocally that the happiest kids use screens less than an hour per day, and that teens who spend more time in face-to-face, in-person interaction with friends are happiest. It turns out there is an inverse relationship between happiness and time spent on screens for our children. So how and where can we distract kids from their screens while giving them the best opportunity to grow into good people and contributing members of society? Two words *SUMMER CAMP*.

Traditional, outdoor, hot, sweaty, buggy, muddy, Summer Camp. Because, simply put, Camp is the antidote to the traps of modern society: face-to-face interactions, collaborating in groups, and navigating the ups and downs of relationships. It's also a place where kind, caring people other than parents teach life skills like making friendships, integrity, self-regulation and independence. At my Camp it's simple: Electronics are strictly forbidden. While at first the kids (and staff) may complain, in the end they literally thank us. THE GOOD NEWS

In the 25 years that I've been running summer camps, I am seeing the pendulum swinging back to a sense of normalcy with today's parents.

The new generation is also more concerned about gaining new experiences and being good people - two things that good Camps specialize in. Look at the stats, look at your kids! Summer Camp is more important now than ever before, filling the societal gap left by institutionalized schools, busy parents and glowing screens!

Andy Pritikin is the Owner/Director of Liberty Lake Day Camp, and Past President of American Camp Association NY/NJ.