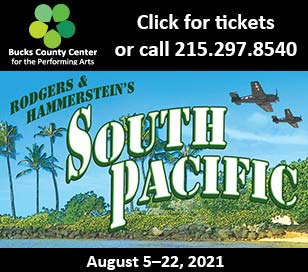 Local Artisans Homepage
menu
As an Amazon Associate and participant in other affiliate programs, we may earn from qualifying purchases from this page.

Famous Faces of the Delaware Valley

Learn more about these special people from our area!

Here are just a few of the Famous Faces that have hailed from the Delaware Valley!

A National Historic Landmark, Green Hills Farm or the Pearl S. Buck House, is the sixty-acre homestead in Perkasie, Bucks County, where Nobel-prize-winning American author Pearl S. Buck lived for 40 years. She raised her family, wrote many of her literary works, and pursued humanitarian interests at Green Hills Farm. Her novel The Good Earth

was the best-selling fiction book in the United States in 1931 and 1932 and won the Pulitzer Prize in 1932. In 1938, she was the first American woman to be awarded the Nobel Prize in Literature. Green Hill Farm is now the site of Pearl S. Buck International which has an intercultural education center and museum.

James A. Michener is a quintessential hometown man, graduating from Doylestown High School in 1925. He was an American author of more than 40 books, most of which were fictional, lengthy family sagas covering the lives of many generations and featured locales that were steeped in history. Michener had numerous bestsellers and works selected for Book of the Month Club. His novels include: Tales of the South Pacific

for which he won the Pulitzer Prize for Fiction in 1948, Hawaii, The Drifters, Centennial, The Source, The Fires of Spring, Chesapeake, Caribbean, Caravans, Alaska, Texas, Space, and Poland. His first book was adapted as the popular Broadway musical South Pacific by Richard Rodgers and Oscar Hammerstein. His non-fiction works include a memoir titled The World Is My Home: A Memoir

, about his travels in Spain and Portugal. The James A. Michener Art Museum in Doylestown opened in 1988, and houses collections of local and well-known artists.

As writer, theatrical producer and eight-time Tony Award winner, Oscar Hammerstein II wrote over 800 songs, including the title songs to "The Sound of Music" and "Oklahoma". He won the Pulitzer Prize for Drama for the musical "South Pacific", collaborating with Richard Rodgers and Joshua Logan. His Doylestown, Pennsylvania estate, Highland Farms, is where Oscar Hammerstein did most of his song writing. Plans are underway to create a Hammerstein museum and theater education center at Highland Farms.

George Nakashima was an American woodworker, architect, and furniture maker who has the distinction of being a leading innovator of 20th century furniture design and a father of the American craft movement. Nakashima's home, studio, and workshop in New Hope, Pennsylvania was designated as a National Historic Landmark in August 2008. Mira, George's wife, summarized his philosophy about their woodworking craft by noting that "Each tree not only has a different size and shape, but color and character, and each board from each tree has a distinctly different personality...We believe that every tree has its own particular destiny to be fulfilled through our work."