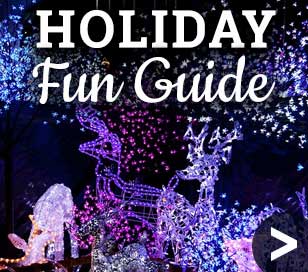 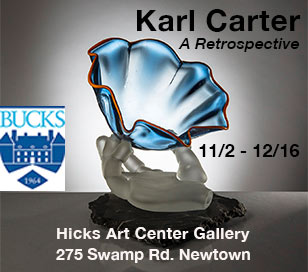 BY NAME:
1833 Umpleby House / Wedgewood Inn
111 W Bridge Street, New Hope, PA 18938 (map it)
215-862-2520
WEBSITE   |   EMAIL   |
Colonel Buckley and Mr. Black haunt this inn. Look for the light from the Colonel's lantern bobbing through the halls.
Aaron Burr House Bed and Breakfast
80 West Bridge Street, New Hope, PA 18938 (map it)
215-862-2343
WEBSITE   |   EMAIL   |
The Aaron Burr House Bed and Breakfast takes its name from the third Vice President of the United States. After Aaron Burr's infamous and fatal pistol duel with Alexander Hamilton in 1804, Burr escaped to New Hope for safe haven. The inn's stone foundation Show more... is all that remains of the pre-Revolutionary War era home where Burr is said to have hid for over a week. Aaron Burr likes to visit the inn - his apparition has been seen walking up the staircase and through the second floor. Sometimes, Aaron Burr's ghost will tug on the clothes of guests he particularly likes to prevent them from leaving the inn. ...Show less
Black Bass Hotel
3774 River Road, Lumberville, PA 18933 (map it)
215-297-9260
WEBSITE   |   EMAIL   |
The Black Bass Hotel, built in the 1740s, has quite a few memorable spirits. HANS. In the early 1800s, a group of immigrant workers arrived to build the Delaware Canal. Hans, who owned the hotel at the time, got into a dispute with one of the canal workers, Show more... which resulted in his being stabbed to death. The barstool on which he was sitting is still in the main tavern. Some have reported seeing a pool of blood on the tavern floor and others have seen him lurking near the spot where he was murdered. CANAL WORKERS. The men who died while working on the canal were placed in a small makeshift morgue off of the main tavern. Their bodies were stored there until a boat made its way down the Delaware to retrieve them. Over the years, this room has been known to have unexplained, rapid drops in temperature. Some have also reported hearing strange sobbing sounds emanating from the area and have experience feelings of being watched. WOMAN IN WHITE. Another famous ghost is a woman dressed in white who has been seen both wandering the halls of the Hotel and sitting in a guest room with a pearl handled revolver in her lap. According to legend, she found her husband and his mistress in one of the guest rooms. Distraught, she killed them and then turned the gun on herself. Guests who have seen her report that her presence is precipitated by the smell of lavender; some also experienced being overcome with sadness. ...Show less
Bolton Mansion
87 Holly Drive Levittown, PA 19055 (map it)
215-547-4271    WEBSITE   |   -    EVENTS
Bucksville House Bed and Breakfast
4501 Durham Road, Kintnersville, PA 18930 (map it)
610-847-8948

Several ghosts have been spotted in this 1795 building, including a woman in white, a black-hatted tall man, and a mischievous child.
George School
1690 Newtown-Langhorne Rd., Newtown, PA 18940 (map it)
215-579-6500
WEBSITE   |
The Tate House, part of the George School campus, was built in 1756 by Anthony Tate. During the Revolutionary War, his son (Dr. James Tate) was a physician and army officer. To keep his surgical skills in good form, Dr. Tate would practice by dissecting Show more... cadavers. On one occasion, he dug up the body of a Hessian soldier and brought the cadaver back to his home laboratory for dissection. Once he was done, he buried the remains of the soldier in a shallow grave dug into the floor of his basement. According to legend, every time one walks over the grave with a lighted candle or flashlight, the flame will blow out or the light will go off. Former owners have complained of not being able to keep the pilot light of water heaters lit. ...Show less
Ghost Tours of New Hope
Main & Ferry Street, New Hope, PA 18938 (map it)
215-343-5564
WEBSITE   |   EMAIL   |
Follow a lantern-led "walk" along picturesque streets where you'll learn about the doings of such places as the towpath itself; or see the phantom Hitchhiker who may pass you in the moonlight; or see the historic inn where Aaron Burr appears from time Show more... to time and stares with sightless eyes... plus new exciting stories have been added to the Tour. Our tours were founded and designed by Author Adi-Kent Thomas Jeffrey, who penned "Ghosts in the Valley", "More Ghosts in the Valley" and "Haunted Village and Valley". Tours meet weekly at Main and Ferry Streets in New Hope, PA from June through the third weekend in November; tours meet every Saturday night. During September and October only, tours meet every Friday and Saturday night, including Halloween night, October 31st. ALL PUBLIC TOURS BEGIN PROMPTLY AT 8 p.m. AND ARE $10.00 PER PERSON. No reservations are required for our public tours which run rain or shine. Tour guests are advised to wear sensible walking shoes and should be careful of the area's uneven paving. In Autumn, guests may want to bring a flashlight. ...Show less
Growden Mansion (Trevose Manor)
5408 Neshaminy Valley Road, Bensalem, PA 19020 (map it)

WEBSITE   |
Growden Mansion is named for the family who once owned three quarters of all the land in what is now Bensalem Township. Joseph built a home in the 1680's which was later expanded upon by his son, Lawrence, about 1730. This home was called "Trevose" or Show more... "The Manor of Bensalem". People have claimed to see Ben Franklin flying his kite during thunderstorms, as well as sounds of the Revolutionary War. ...Show less
Logan Inn
10 West Ferry Street, New Hope, PA 18938 (map it)
215-862-2300
WEBSITE   |   EMAIL   |
At least eight ghosts have been reported at the Logan Inn. Many of the sightings have occurred in Room Number 6 or Emily's room, including seeing a man or two children in the bathroom mirror; feeling a pressure on the chest in the middle of the night; Show more... seeing a white misty shape moving in the room; hearing crying; having pillows pulled from beneath guests' heads. In the lobby, a picture of a couple has been known to give off a lavender scent. Ghosts of soldiers have been seen near the steps of the men's room, hallways, guest rooms and cellar. Finally, a ghost of a little girl who fell off a nearby bridge and drowned has been seen in the parking lot. ...Show less
New Hope Arts Center
2 Stockton Avenue, New Hope, PA 18938 (map it)
215-862-9606
WEBSITE   |   EMAIL   |
The New Hope Arts Center used to be the home of the S. J. Gerenser Theater; the foundation of the building dates back to before the Revolutionary War. When S.J. Gerenser owned the theater building, he reported that there were spirit entities in the building. Show more... These ghosts would take objects and after a long time the objects were often found in unusual locations. These spirits have been responsible for lights turning on and off at will, doors opening and closing by themselves, and unexplained footsteps. One ghost, dubbed, The Tripping Ghost, would push, pull, or hold onto the ankles of people who were climbing a ladder, sometimes causing them to fall. ...Show less
Pen Ryn Mansion / Belle Voir Manor
1601 State Rd. Bensalem, PA 19020 (map it)
215-633-0600    WEBSITE   |   -
Pineapple Hill Inn Bed & Breakfast
1324 River Road, New Hope, PA 18938 (map it)
888-866-8404
WEBSITE   |   EMAIL   |
Spirit sighting have been reported at the Pineapple Hill Inn built in 1780. A female spirit of an elderly woman who died from complications of consumption in the two room attic suite. Guests have reported hearing this ghost operating her spinning wheel Show more... in the early morning hours or have seen an elderly woman looking out the attic window. The spirit of John Scott, the original homeowner, has been reported to wake up women who stay in the original second floor bedrooms and the attic suite, with a kiss on the cheek. ...Show less
The Inn at Phillips Mill
2590 River Road, New Hope, PA 18938 (map it)
215-862-2984
WEBSITE   |
A female former owner of the inn has been seen all over the house, including the second floor hallway, and sitting in a rocking chair on the second floor. She sometimes wears a high-necked, white blouse, black skirt, and sturdy, leather boots, and has Show more... her hair pinned on top of her head. She has a habit of brushing past people who are standing on the stairs; when she does this, people feel a cool mass that pushes them gently to one side. ...Show less
Trum Tavern
1 East Broad Street, Trumbauersville, PA 18970 (map it)
215-538-2445
WEBSITE   |
Located in an old stone building built in 1752 and formerly a courthouse, The second floor is reportedly haunted by a former owner, with strange noises and moving objects.