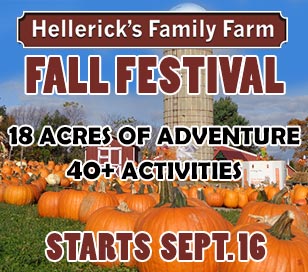 LexLin’s Gypsy Ranch, located in Rockwood, TN, is dedicated to breeding quality purebred Gypsy Vanner horses and through  Gypsy Gift, they are connected with Equine Assisted Activities and Therapies (EAAT) programs that enrich the lives of the developmentally disabled, sick, injured . . .

The 24 Hour Sarah Parvin Annual Memorial Soccerfest is the premier event for the Sarah Parvin Foundation. It began with an idea, sparked by the memory of an energetic and courageous young soccer player. Sarah Parvin played for the Quakertown Soccer Club. She played with her long, wavy hair blowing behind her, and she played with no hair at . . .

With over 100 plays and musicals under his direction during a career that has spanned decades, Don Amorosi is somewhat of a local celebrity at the Hunterdon Hills Playhouse.  From humble beginnings as a waiter at the playhouse in 1988 to his first show three years later, a Comedy called “Wake Up Darling”, his career has been . . .

READ MORE
Short Film Version of My Million Dollar Mom, To Be Produced This Summer in Philadelphia Area and Harrisburg

The CAROLINA Peach Truck is rolling into the Philadelphia area this summer with freestone peaches straight from Watsonia Farms in South Carolina. As a part of its East Coast road trip, the  CAROLINA Peach Truck will bring everyone’s favorite summer fruit to towns . . .

Bus tour/ lunch through Lower Bucks to learn about, see/ tour sites of the Underground Railroad. Hear the previously unknown stories and see important sites of this part of county history. Offered by the African American Museum of Bucks County For details and tickets, go to http://www.infoaambc.org/.