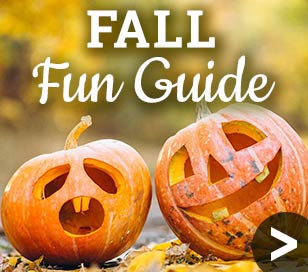 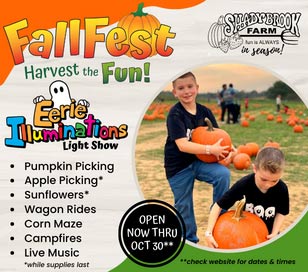 (New Brunswick, N.J.) – During National Nurses Week, which is observed from May 6 through May 12, Robert Wood Johnson University Hospital (RWJUH) celebrated the dedicated nurses at its New Brunswick and Somerville campuses by recognizing the vital role that all nurses have in the medical community and honoring their commitment and dedication to their patients in Central Jersey.

“Our nursing teams at RWJ New Brunswick and RWJ Somerset have a reputation for excellence earned on a foundation of exceptional bedside care, innovative research, sharing best practices and an unwavering commitment to quality,” said Stephen K. Jones, FACHE, President and Chief Executive Officer of Robert Wood Johnson University Hospital and Robert Wood Johnson Health System. “Our nurses’ compassion and commitment to caring extend beyond the walls of our New Brunswick and Somerville campuses. Whether it is volunteering to serve at our many screenings and health education events in the community, or leading medical missions abroad to bring essential health care services to those in need, our nurses are an inspiration to us all.”

RWJUH held its Annual Nursing Excellence Awards Ceremony in New Brunswick on May 4 and in Somerville on May 6. The ceremony recognizes nursing excellence and demonstrates gratitude to nurses for their efforts to improve the lives of the hospital’s patients, their families and the community.

Ka Ying Lee, BSN, RN, OCN, RN-BC, WCC, of Monroe Township from the New Brunswick campus, was named the 2015 Robert Wood Johnson University Hospital Magnet Nurse of the Year. The Somerville campus recognized Lynn Freeland, MSN, RNC of Maternity Services of Roselle Park with the top nursing honor, the 2015 Jean Dougherty Award, named after Jean Dougherty, a late nurse supervisor who worked at the medical center for more than 30 years. The following awards were also presented to at the celebration ceremonies:

RWJUH is a 965-bed academic medical center with campuses in New Brunswick and Somerville, NJ.  Its Centers of Excellence include cardiovascular care from minimally invasive heart surgery to transplantation, cancer care, stroke care, neuroscience, joint replacement, and women’s and children’s care including The Bristol-Myers Squibb Children’s Hospital at Robert Wood Johnson University Hospital (www.bmsch.org).  As the flagship Cancer Hospital of Rutgers Cancer Institute of New Jersey and the principal teaching hospital of Rutgers Robert Wood Johnson Medical School in New Brunswick, RWJUH is an innovative leader in advancing state-of-the-art care. A Level 1 Trauma Center and the only Pediatric Trauma Center in the state, RWJUH’s New Brunswick campus serves as a national resource in its ground-breaking approaches to emergency preparedness.

Both the New Brunswick and Somerset campuses have earned significant national recognition for clinical quality and patient safety, including the prestigious Magnet® Award for Nursing Excellence, an “A” patient safety rating from the Leapfrog Group and “Most Wired” designation by Hospitals and Health Networks Magazine. The Joint Commission and the New Jersey Department of Health and Senior Services have designated the New Brunswick Campus as a Comprehensive Stroke Center and the Somerset Campus as a Primary Stroke Center.

For more Information visit us online at www.rwjuh.edu.